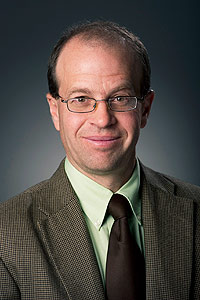 Dr. Long is an active presenter at the annual meetings of the Society of Biblical Literature and other conferences. He has traveled internationally to deliver papers in Canada, Germany, and Holland. In addition to having published journal articles, he has contributed essays to several books and reference works with IVP, Logos, Brill and SBL in the series on The First Urban Churches (volumes on Corinth, Ephesus, and Philippi). He is currently the founding co-editor with David R. Bauer for The Journal of Inductive Biblical Studies. He has translated all the Psalmic literature for the Lexham Greek-English Septuagint Interlinear (Logos Research Systems), Paul’s Epistle to the Galatians for the new Common English Bible (Abingdon Press), and the Gospel of Mark, the Gospel of John, and the Book of Acts for the GlossaHouse Illustrated Greek-English New Testament series (GlossaHouse). “Prof. Long is co-producer of the podcast “PROVEText: Exploring Scripture.”

Dr. Long is passionate about properly interpreting God’s Word and allowing it a proper place in our lives in our respective communities for blessing the global community.