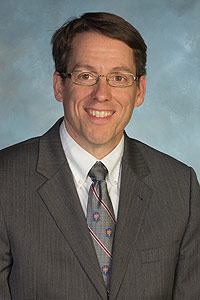 Dr. Timothy C. Tennent has served as President since July 2009. Prior to his coming to Asbury Theological Seminary, Dr. Tennent was the Professor of World Missions and Indian Studies at Gordon-Conwell Theological Seminary where he served since 1998. Ordained in the United Methodist Church in 1984, he has pastored churches in Georgia, and in several of the largest churches in New England. He is a frequent conference speaker around the country and throughout the world, including numerous countries in Asia, Africa and Europe.

Dr. Tennent received his M.Div. from Gordon-Conwell, a Th.M. from Princeton Theological Seminary and a Ph.D. from the University of Edinburgh in Scotland.  He is also a 2008 graduate of a three-year mentor project in Academic Leadership sponsored by the Lilly endowment.

Dr. Tennent is the author of numerous books and articles. His books include, Building Christianity on Indian Foundations (ISPCK), Christianity at the Religious Roundtable (Baker Academic), Theology in the Context of World Christianity (Zondervan), Invitation to World Missions:  A Trinitarian Missiology for the 21st Century (Kregel Academic), and For the Body: Recovering a Theology of Gender, Sexuallity, and the Human Body (Zondervan).

Dr. Tennent’s wife, Julie, is also a graduate of Gordon-Conwell and has led numerous Bible Studies and is active in Friendship International in Lexington, Kentucky. She is a church organist and pianist, having produced several CDs and a cantata known as All the Glory. The Tennents have two adult children.