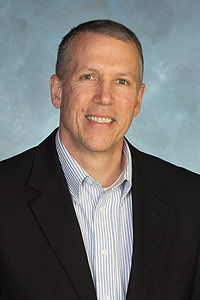 Before coming to Asbury in 2011, Dr. Okesson was a faculty member at Scott Christian University, Kenya, East Africa for 10 years where he served as Deputy Vice Chancellor for Academic Affairs and a lecturer in theology. Prior to this, he was a pastor in upstate New York, worked in Student Development at Wheaton College, and was a church-planter amongst a Muslim people-group in north-central Tanzania. Dr. Okesson and his family lived in East Africa for 13 years.

Dr. Okesson has authored numerous articles and serves on the editorial committee for the Africa Journal of Evangelical Theology and the Africa Study Bible. He is the author of Re-Imaging Modernity (Wipf &amp; Stock, 2012) and co-author of Advocating for Justice (Baker Academic, 2016). He is also the author of the Christianity Today 2021 book award for A Public Missiology: How Local Churches Witness to a Complex World (2020).

He is married to Kimberly Okesson and they have two young adult children. 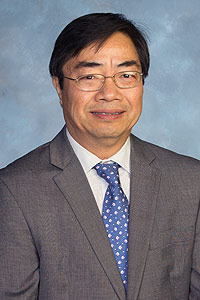 Dr. Lalsangkima Pachuau is the John Wesley Beeson Professor of Christian Mission and Dean of Advanced Research Programs. After teaching at the United Theological College, Bangalore, India, for seven years, Dr. Pachuau joined the faculty of Asbury Seminary in 2006.

Early in his ministerial career, Dr. Pachuau was an itinerant evangelist in his home state of Mizoram in northeast India. He has also served among Hindu communities in India and in the United States. For a year, he coordinated the “neighborhood friendship [ministry] project” of the Presbytery of New Brunswick (New Jersey), an outreach evangelistic ministry among the Hindu communities in Central New Jersey.

During his sabbatical leave in the Spring of 2010, Dr. Pachuau served as a scholar-in-residence at the Crowther Centre for Mission Education, Church Mission Society (Oxford, UK), and lectured in various institutions and universities in the United Kingdom. A member of the Center of Theological Inquiry (Princeton, NJ) where he served as a research scholar in 2004-5, Pachuau has published numerous articles, authored and edited several books including Ethnic Identity and Christianity (Peter Lang, 2002) and News of Boundless Riches (CTI and ISPCK, 2007).

He was the editor of Mission Studies: Journal of the International Association for Mission Studies for eight years (2004-2012). He has also served as a visiting professor in a number of institutions in Asia and Africa. Ordained by the Presbyterian Church of India, Pachuau is a member of Transylvania Presbytery of the PCUSA. He is married to Lalneihkimi Sailo and they have two sons. 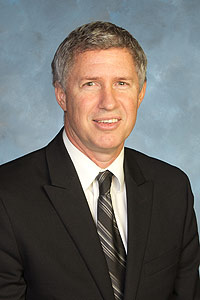 Dr. Jay Moon is the Professor of Church Planting and Evangelism. Jay Moon served 13 years as a missionary with SIM, largely in Ghana, West Africa among the Builsa people focusing on church planting and water development, along with his wife and four children. He is presently a Professor of Evangelism & Church Planting and Director of the Office of Faith, Work, and Economics at Asbury Theological Seminary. He authored four books, including Intercultural Discipleship: Learning from Global Approaches to Spiritual Formation in the Encountering Mission Series by Baker Academic. He also edited four books, including Entrepreneurial Church Planting: Innovative Approaches to Engage the Marketplace. He is a frequent speaker on areas of church planting, evangelism, and marketplace mission. In addition to his role as a teaching pastor in a local church plant, Jay holds a Professional Engineer’s license and his MBA focused on social entrepreneurship. His hobbies include tree houses, axe throwing, and small business incubation. 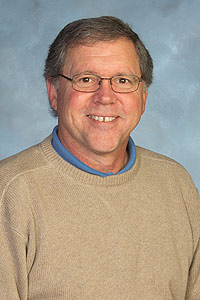 Dr. Steven Ybarrola is Professor of Cultural Anthropology in the E. Stanley Jones School of World Mission and Evangelism.

Prior to coming to Asbury Theological Seminary, Dr. Ybarrola served in the Frank and Grace Moore Chair in Anthropology at Central College. In 2003, he was the first social scientist to be an invited Foreign Expert at Ningxia University in Yinchuan, China. In 1996, Dr. Ybarrola was invited by the United States Information Agency to participate in a conference in Estonia dealing with inter-ethnic conflict. In 2010, he was elected the United States Representative for the Lausanne North America Diaspora Missiology Educators Forum by representatives of the Lausanne Committee for World Evangelization, the Filipino International Network, and the Evangelical Missiological Society. In 2012 he was elected to the Board of Directors of the American Society of Missiology (ASM).

Dr. Ybarrola is a member of the Faculty Committee, and has served on the planning committee for, and participated, in Kingdom Conference in 2006-2013. He leads cross-cultural training seminars with various organizations and speaks on issues of cross-cultural ministry in diverse venues.

While at Central College, Dr. Ybarrola earned many awards and distinctions, including: the Huffman Award for Outstanding Support of International Education, 1996 and 2006; the Fabulous Faculty Award (1997-1998; 1998-1999); and the Outstanding Performance Award for Teaching (1994-1995). 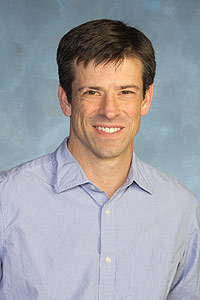 Dr. Stephen Offutt is the Associate Professor of Development Studies. His research interests include issues of global Christianity, global poverty, and international development. He has recently published a book, New Centers of Global Evangelicalism in Latin America and Africa (Cambridge University Press, 2015) that shows how and why the global evangelical movement is growing and changing. Offutt is currently conducting research in Latin America on the intersection of faith, global poverty, and international development. He is also involved in a book project on Christian approaches to advocacy for the poor.

Dr. Russell is the Professor of Mission and Contextual Studies. Before coming to Asbury, Dr. Russell was the Associate Professor of Anthropology and the Chair of the Department of Anthropology at Biola University. Prior to that, she spent 17 years in cross-cultural ministry and field research with Wycliffe Bible Translators in S. E. Asia, where she worked with a committee of national pastors to complete the translation of the whole Bible into the Tagal language.

Her educational background provides the interdisciplinary foundations for bridging New Testament studies and missions. Her research, which focuses on the integration of the social sciences and Biblical theology, has contributed new insights to New Testament studies, Anthropology of Christianity, and Contextual studies. Her research interests are Christian Origins, Social-Scientific Criticism, Anthropology of Christianity, Contextualization, Language and Identity, Gender, and Social Justice. She is passionate about equipping people to live missionally in their global context.

Sue and her husband, David, moved to Wilmore in the summer of 2014. 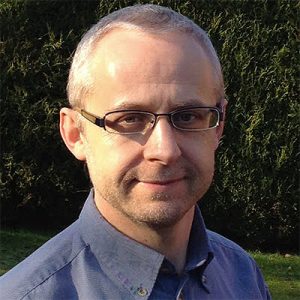 He is past president of the Wesleyan Theological Society, and his broad research and publication interests combine theology, spirituality and discipleship in the Wesleyan tradition with the missionary challenges of contemporary culture. He has published numerous scholarly articles on topics from inter-religious dialogue to missional engagement with digital culture and the deepening problem of secularisation in the west. His recent books include The Wesleyan DNA of Discipleship: Fresh Expressions of Discipleship for the 21st Century Church (Grove, 2013) and Remembering Our Baptism: Discipleship and Mission in the Wesleyan Spirit (Discipleship Resources, 2017).

He is also co-founder and International Director of the Inspire Movement, which is an ecumenical network seeking to resource mission-shaped discipleship in the leadership and life of the church. At the heart of the Inspire is a contemporary innovation of the early Methodist ‘band meeting’, and its place as an essential catalyst for both disciple-making and church-planting.

Dr. Meadows is married to Samantha, and they will be working together to establish the Inspire ministry in the Seminary community. They have four children. Daniel and Tabitha are both married and living in England. Timothy is undertaking a degree program at Asbury University. And Benjamin, the youngest, will be living with them in their home on Kalas Village.