We want to thank The Word Is Out ministry and their Director, Brad Johnson, who is also a much-loved professor at Asbury Theological Seminary, for this first installment of a three-part series about Dr. Robert Traina. We are thankful for all the ways their ministry is working to carry on Dr. Traina’s legacy. 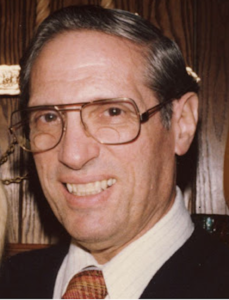 Some of us will undoubtedly recognize the name of Eugene Peterson as a pastor, speaker, and author. But Peterson’s most enduring work is his translation of the Bible simply named, “The Message”—a contemporary paraphrase of the Bible that has sold more than twenty million copies worldwide.

Peterson had no idea what lay ahead of him as he made his way through midtown Manhattan’s traffic on his way to The Biblical Seminary in New York for his first semester of classes in the 1950’s. Having been dutifully raised in a Christian home, he had a reverent respect for Scripture: he read it daily, memorized portions of it, and vigorously debated its meeting. But by his own admission, Peterson was not especially fond of the Bible. He found it at various times to be either ammunition for warring factions, a repository for endless rules and principles, or a source for tired cliches and sentimental slogans.

What happened in the first few weeks under one particular professor’s instruction Peterson could only describe as a seismic shift in his view and understanding of the Bible. It was at the feet of Dr. Robert Traina that Peterson began to abandon his sense that the Bible was an answer book that revolved around himself as the center, opting instead to locate the Bible at the center around which he revolved. He describes the experience in this way: “Until now I and all the people with whom I associated had treated the Bible as something to be used—used as a textbook with information about God, used as a handbook to lead people to salvation, used as a weapon to defeat the devil and angels, used as an antidepressant. Now incrementally, week by week, semester by semester, my reading of the Bible was becoming a conversation. I was no longer reading words—I was listening to voices….”[1] 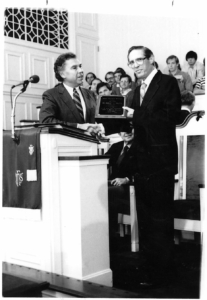 Eugene Peterson was not the only person profoundly impacted by the intensity, clarity, and comprehensiveness of Bob Traina’s methodological approach to reading Scripture. Countless others have continued in that tradition. In 1966, Traina accepted an invitation to join the faculty of Asbury Theological Seminary, where he served as professor of “English Bible” (later to become known as “Inductive Bible Study,” or more familiarly, “IBS”), from which he retired in 1988. During those years, Traina taught, influenced, and inspired untold numbers of students to become better readers of Scripture by committing to inductive reading principles. Collectively, Traina’s students have themselves taken Inductive Bible Study to the far reaches of the world and Traina’s vision and method are available in a revised version of his original textbook on methodical Bible study that is co-authored by one of his own students, Dr. David Bauer. This work, Inductive Bible Study: A Comprehensive Guide to the Practice of Hermeneutics (Baker Academic) is the academic standard for the IBS and appears in multiple languages, with more on the horizon.

The aim of this series of articles is to highlight and appreciate the enduring legacy of Bob Traina and his commitment to faithful reading of the Word. In subsequent issues, we’ll meet and hear from his students. Their testimonies to the profound impact of IBS on their own lives and lives of their students and parishioners will astonish you.

[1] Excerpted from the foreword to Bauer/Traina

The aim of The Word Is Out ministry, which seeks to achieve biblical literacy across the globe, is to highlight and appreciate the enduring legacy of Bob Traina and his commitment to faithful reading of the Word. In subsequent issues, we’ll meet and hear from his students who now lead the ministry of The Word Is Out and serve on their Board. Their testimonies to the profound impact of IBS on their own lives and lives of their students and parishioners will astonish you.

5 responses to “Dr. Brad Johnson: The Traina Legacy Part One”