Rev. Dr. John Cherian, MTh ’65, aged 83, passed on Sunday, September 15, 2019. Rev. Dr. John Cherian was born on March 23, 1936, to the late Pastor K.C. and Rachelamma Cherian in Vettyar, Kerala, India as their third child. He has three siblings: Mariamma Thomas (Late), Abraham Cherian, and Grace Thavu. He was lovingly called Joykutty or Uppachen by those who knew him. His father was a pastor and dedicated both himself and his family to serve the Lord with relentless pursuit. Because of his devout Christian upbringing, he accepted Jesus Christ as his Savior and dedicated his life to the Lord’s work at an early age. After graduating high school, he studied at Hebron Bible College, Kumbanadu and Southern Asia Bible College located in Bangalore. After receiving his theological degree, he joined the staff at SABC Bangalore. He became the first Indian Dean of SABC, at a time in which missionaries were leaving India. In the meantime, he pioneered a church in Hebbal Bangalore which was recognized as the first church of the Bethel Assemblies of God. In 1964, he came to the United States and completed his higher studies at Asbury Theological Seminary in Kentucky, graduating with a doctoral degree. In 1971, he was married to Grace John Cherian of Veloor, Kottayam, India. After his theological studies at Asbury, he pastored several churches in the New York area. While in New York, they stayed in Bellerose. He was an ordained minister of the Assemblies of God and later became a New York district preaching minister associated with Assemblies of God. He was an avid writer for Christian Anthropology, which was a quarterly magazine that was accepted by several colleges and libraries globally. In addition, he had TV and Radio ministries in New York. He served the Lord for 56 years prior to retirement. After his retirement, he moved to Spring Field, Missouri and stayed at Maranatha Retirement Village of the AG churches. When he became physically weak, he moved to Houston and lived with his nephew Robinson and Tessy Cherian. After moving to Houston, he was an avid member of IPC Hebron. Joykutty was preceded in death by his father and mother, K.C. Cherian, and Rachelammama, and his sister Mariamma Thomas. He is survived by his older brother Abraham Cherian, younger sister Gracy Thavu, and their respective families.

Rev. Devon “Sam” Fillmore, MDiv ’57, 93 of Friendship died Tuesday, Sept. 3, 2019 at the Best Care Nursing and Rehabilitation Center.  He was born Oct. 21, 1925 in Saginaw, Michigan to the late Earl and Mable Michael Fillmore.  Along with his parents, he was preceded in death by two sisters, Donna Howard and Wilma Rose.

Here are some words from a dear friend, Julie Broderson: “Our friend and ministry partner, Pius Kagwi, has gone to be with Jesus. The cancer he was diagnosed with several years ago finally took over his body, but I’m sure his spirit was strong until the end. Below is a picture of us when I visited him in March 2018. At that time, he talked about his peace with God and his joy and readiness to meet the Lord. Lillian was NOT happy with him talking that way. Some of you only remember him by name, but others know him well. He had a big laugh and bigger personality. He and Lillian moved to the US to study at Asbury Seminary, and made their church home at Centenary. They both made significant contributions to our faith community, and after returning to Kenya, they invited us to partner with them. Over the years, we’ve taken many teams to Mombasa. Oh, the stories we can tell! It was a joy to serve alongside Pius. He welcomed everyone into His presence. His life was marked by grace, forgiveness, reconciliation, compassion for the vulnerable, and a passion for training and equipping others. He was an educator, a pastor, a bishop, a businessman, a professor and a life long learner. His life exemplified the openness of Jesus. He inspired me and challenged me to be a better leader. He believed I could do things I didn’t think I could do. Once, he gave me a carving of a lioness and told me to live into that image, which I have tried to do. It’s difficult to put into words all the ways his life and ministry has impacted mine, and so many of us here at Centenary.”

Mark Lemar, MDiv & MTh ’95, aged 58, of Richmond, Indiana, passed away at his residence on Saturday, September 21, 2019. He was born on April 27, 1961, in Lafayette, Indiana to the late Ronnald and Frances (Amick) Lemar. In addition to his parents, Mark was preceded in death by his brother, Ronnald “Lee” Lemar. Mark loved everything and everyone. He was known to mentor his family and friends and was creative in all that he did. He was described as a great listener and thought nothing was impossible. Mark lived to make others laugh and was a man of many words, and even more talents. He was considered an independent businessman and wore several hats, but most importantly, Mark was a stay-at-home dad. Mark was a child of God and spent many years serving the Lord in ministry. He was a pastor for several fellowships of believers. Mark was a 1980 graduate of Troy High School. After graduation, he attended the University of Toledo, where he earned his bachelors degree in Business Administration in 1985. In 1995, Mark graduated from Asbury Theological Seminary in Wilmore, Kentucky with his Masters in Theology and a Masters in Divinity. Mark is survived by his brother, Jonathan “Alan” Lemar of Greenville, Ohio; his significant other and wife of 34 years, Holly Beth (Hartman) Lemar; his children, Kayla Stump and her husband, Jarryd, of Eaton, Ohio, Erika Millsaps and her husband, Joshua, of Centerville, Indiana, Jarrod Lemar of Richmond, and Jessica Lewis and her husband, Aaron, of Richmond; his foster-son, Bradlee Miller and his wife, Bethany of New Castle, Indiana; and his grandchildren, Avan Clark Eisenhower Stump, Kinley RuthAnn Millsaps, and Nora Grace Lewis. 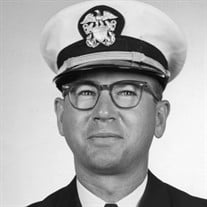 James “Chap” Warren Robinson, BDiv ’62, 88 of Ottawa, KS, passed away September 10, 2019, at his home. He was born March 4, 1931, in Lawrence, KS, the son of Elbert Robinson and Emma (Weldon) Robinson. Jim grew up in Lawrence graduating from Lawrence High School with the class of 1949. He then attended Greenville College and graduated from Pittsburg State University, Pittsburg, KS, with a Bachelor’s degree in education. Later in life he attended Asbury Seminary, Wilmore, KY, obtaining his Masters of Divinity. Jim served his country in the Army, Navy, & the Marines. He served in the United States Army from 1954 -1956. After Seminary, he then enlisted in the United States Navy in 1962 as a Chaplain, achieving the rank of Lieutenant Commander. He again served his county overseas during the Vietnam War, as a Chaplain with the United States Marine Corps. He began building churches and schools in Vietnam during his time there with the funds donated by servicemen. He gained a great deal of attention over this project even receiving a Thank You letter for his work from President Ford later. His Way Ministry was founded by Jim in 1970 in a public restaurant in Pleasant Hill, California. The ministry focused on high school and college people from the schools nearby. School Bible Clubs, home Bible studies, youth rallies, and Spiritual Life Retreats were the major thrusts. In 1972 a multi-faceted His Way Center was developed which included: Self-Service Auto Repair, a Book and Craft Store, His Way Chapel, Jacob’s Well Restaurant, offices, and a number of small businesses. These gave jobs to new Christians and provided avenues for evangelism. Mission trips to San Francisco began. In 1977 Jim and His Way had been on Broadway, with its strip joints, porno shops, and spiritually hungry people, weekend nights since 1974. In 1977 the opportunity came for full time ministry in San Francisco. His Way Staff and teams visited over 225,000 San Francisco homes offering an opportunity to learn of Jesus and giving an attractive New Testament free to each home. Home Bible studies helped establish new Christians. In addition, many hundreds of New Testaments were gift wrapped and given away at hospitals, bars, the airport, and special gatherings. In San Francisco His Way operated a crisis counseling line 24 hours a day (averaging 232 calls per month), did personal counseling, started a church, and continued street evangelism. In 1991 Jim moved to Williamsburg, KS and His Way ministries developed Buffalo Ridge Retreat Center. Buffalo Ridge is a hospitality and retreat ministry primarily for pastors, missionaries, and other such activists in God’s Kingdom; a place where one can come for a time of temporary respite, encouragement and discipleship. Jim’s dedication to reach others in the name of the Lord carried through his entire life and will live on in his ministry. On August 14, 1952 Jim was united in marriage to Fleta Rhodes in Elkatawa, KY. Fleta preceded him in death in 2005. On May 20, 2006 Jim was united in marriage to Peggy Sandusky. Peggy survives of their home. Jim is also preceded in death by his parents, a brother, Paul Robinson and a sister, Ellwin Robinson. He is survived by three sons, Doug Robinson and his wife, Glenda, Lawrence, KS, David Robinson and his wife, Karen, San Rafael, CA, Tim Robinson and his wife, Annemarie, San Rafael, CA; a daughter, Beth Stephens and her husband, Andre, La Mirada, CA; a step daughter, Erika Westfall and her husband, Scott, Eaton, CO; eight grandchildren, Rachel, Douglas, Emily, Nathaniel, Holly, Jason , Micah, Victoria; two great grandchildren, Lucy and Justin.

One response to “Obituaries”