Barbara Babby, Beloved Friend of Asbury, aged 74, passed peacefully from this world into heaven on April 4, 2020. This also marked the end of a 10-year battle with early onset Alzheimer’s. For 10 years it has looked like she was on the losing end of that battle, but she won. Barbara is now whole and celebrating with her Savior.

Barbara was born on November 5, 1945 near Houghton College in New York State where her father, Dr. James Robertson, was a professor.  The family moved within a year and Barbara grew up in Kentucky and talking to her for a few minutes would easily confirm that. She held onto her accent, her love of horses and southern roots her entire life. While her father was a seminary professor at Asbury Seminary in Wilmore, Kentucky, her mother Pauline was a Middle School English teacher. She and her brother Jimmy grew up around incredible theologians and thinkers. This upbringing taught her to value education and a good debate!
When she was 21, Barbara met Steve Babby, a new student at Asbury Theological Seminary. They were engaged 3 months after they met and married for 51 years. Barbara graduated from Asbury University in 1967.  After their wedding on April 13, 1968, they lived in Wilmore while Steve finished his degree and Barbara taught Middle School English.  Barbara was a natural when it came to teaching English. She had a gift for writing and her passion for making life fun made her a favorite with her students.
Upon graduation from Asbury Theological Seminary, Steve and Barbara moved to San Diego in June 1969 where Steve joined pastoral staff at his home church Skyline Wesleyan Church in Lemon Grove (relocated now to La Mesa). For 51 years, Barbara served alongside Steve at Skyline (7 years full-time and 23 years part-time) and 39 years when he served as full-time district superintendent of our Pacific Southwest District of The Wesleyan. Because Steve’s job involved being at different churches most Sundays, Barbara (and their girls, Robin and Laurel) often traveled together and entertained the pastor’s families and congregations. Where Steve could explain the budgets and encourage the pastors, Barbara found a spot for herself building relationships and supporting the pastor’s families.
Over the years, Barbara taught Spanish at Spring Valley Junior High, was a substitute teacher and also supervised student teachers for San Diego State University.  Barbara would often laugh at the Kentucky accented Spanish that she taught so many middle schoolers.
Barbara was an active member of Skyline Church for over 50 years – volunteering in many ministries, being a Sunday school teacher and mentoring countless young women.  She also enjoyed speaking at special events and retreats. Her incredible writing and editing skills allowed her to edit books for authors and many newsletters and talks for Steve.  Once she said to him of his newsletter, “this is horrible” and Steve responded “I know, but I also know that whatever I write, you will rewrite anyway.” She laughed as this was so true.
While the girls were growing up, Barbara stayed at home and devoted herself to raising them. She was very careful to raise Robin and Laurel to understand their faith. While Steve traveled frequently for work, she stabilized life at home.
The girls remember in high school having an older lady from the church over for breakfast. Barbara prayed over the food and that we would all “have fun all day long.” The guest laughed and said they’d never heard anyone pray for fun. The girls smiled, because they had never NOT heard that prayer from their mom.
That story tells so much about Barbara. She made every event more exciting. She loved a good story… especially if she was telling it.
Every morning started the same way. Barbara would sit in bed (with the coffee and donut or toast Steve brought her) reading her Bible, Oswald Chambers and journaling for about an hour.
Barbara’s sassy, Southern roots showed up in her accent and her Southern style. She always looked pulled together! You needed to be dressed to leave the house… none of this nonsense with sweatpants. And her favorite advice…“for the love of all things girls put some lipstick on. You never know who you’ll see.” This was her approach to life, be ready for anything and pull it together!
Barbara was game for most anything – smiling, laughing and keeping people talking.  Barbara was an excellent artist and painter, but Steve and Barbara’s favorite hobby was traveling. They traveled to over 40 countries for pleasure and ministry, and were particularly at home in Italy and France. They also attended many Padre games together. Although Steve learned the hard way one year never to plan to attend Opening Day on their anniversary again.
Barbara without a doubt loved being a grandmother and was adored by her grandchildren. She had seven grandchildren: Grant, Brady, Kate and Jack Small; and Noelle, Trevor and Claire Nicol. When the first grandchild was born, Barbara designed a bracelet to wear that held a different charm for each family member with their name on the front and the Bible verse she prayed over them engraved on the back. Robin and Laurel have those charms to wear and use them to pray over their families – just as their mother modeled.
We will all miss laughing with Barbara.  She knew how to keep life fun and irreverent in the very best ways.

Ken was born on September 10, 1953, in Hastings, MI, to Tom and Lois (Ruiter) Bremer.  He was raised in Middleville, MI and graduated from Thornapple Kellogg High School in 1971.  Ken trained to be an electrician and worked in the skilled trades division of GM.  When he was called to a second career as a pastor in the United Methodist Church, he moved his family to Wilmore, KY to attend Asbury College and Theological Seminary.  Upon returning to Michigan, he faithfully served congregations in Holton, St. Johns, and Rockford.

Ken will be remembered for his love of the Lord, his fondness for the outdoors, and his investment in the lives of his family and those he served.

He was preceded in death by his father, Tom Bremer and a nephew.

Rev. David Arthur Cheyne, MDiv., aged 77, went to be with his Lord and Savior on April 11, 2020. David was born on December 7, 1942, to Daniel & V. Louise Cheyne in Grand Rapids Michigan. He received his undergraduate degree from Owosso College and his Masters of Divinity from Asbury Theological Seminary in Wilmore, Kentucky. As a pastor, he led many to Christ as serving in many Michigan churches starting at Newberry Wesleyan and then at many United Methodist churches including: Mullikan; Sand Lake / South Ensley; Hersey / Grant Center; Alden / Central Lake; Webberville; Hillside (Horton); Three Oaks; Baldwin / Luther; Pine River Parish (LeRoy / Ashton); Sodus Chapel Hill. He retired in 2005.

In addition to his duties as a pastor, David was an emergency medical technician and served on the volunteer fire departments in Hersey, Alden and Webberville, MI. After retirement, he resided in the Lansing and then Grand Rapids areas where he frequented his grandson’s band, choir and sporting events. He took up oil painting and was a member of the Grand Valley Artists and painted with En Plein Air in the Lansing area. He loved attending performances, sometimes with his grandsons, at the Lansing Symphony Orchestra and Michigan State University jazz students and Jazz Tuesdays at Moriarty’s Pub, was a founding member of Jazz JAMM (Jazz Alliance of Mid-Michigan).

He is survived by his children Deborah (James) Webster of Williamston, MI and Philip (Sally) Cheyne of Oviedo Florida, the grandchildren he adored, Nicholas & Zachery Webster; Anna, Graci, Evan & Sophia Cheyne and his former wife Paulette Cheyne of Williamston, MI. 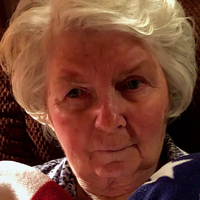 Ann Gleo (Costin) Jones, aged 90, died at her home in Cody, Wyoming on Saturday, April 11. She was 90 years old. Ann was born in Putnam County, 30 miles west of Indianapolis, Indiana, on January 17, 1930, to Hughie and Myrtle Costin, one of five children.

After graduating from Cloverdale High School, Ann married Estel Jones in 1949.  Estel had served in WWII and afterward trained in Chicago on the GI Bill as an electrician and TV repairman. The couple made their home in Indianapolis and started a business, Jones Radio and Television Service.

Ann and Estel raised two sons, Rex and Richard, putting both boys as well as five grandchildren through college.  Rex graduated from Asbury College in Wilmore, Kentucky, and earned a Master of Divinity degree from Asbury Theological Seminary. Rex had a career as a pastor in the Methodist Church. Richard graduated from Hanover College in Hanover Indiana, earning a Bachelor of Arts in Biology. He worked as a backcountry ranger for the National Park Service and the US Forest Service, and in law enforcement with the US Fish and Wildlife Service.

Ann’s grandchildren and great-grand children were the light of her life. When she was not cooking or caring for them or others, Ann liked to walk her dogs or hunt Morel mushrooms in the woods of rural Indiana. She also enjoyed flower gardening, a little gambling at casinos, attending family reunions, and watching the Indianapolis Indians baseball team. Ann was an active Christian woman and a devoted member of the Methodist church. 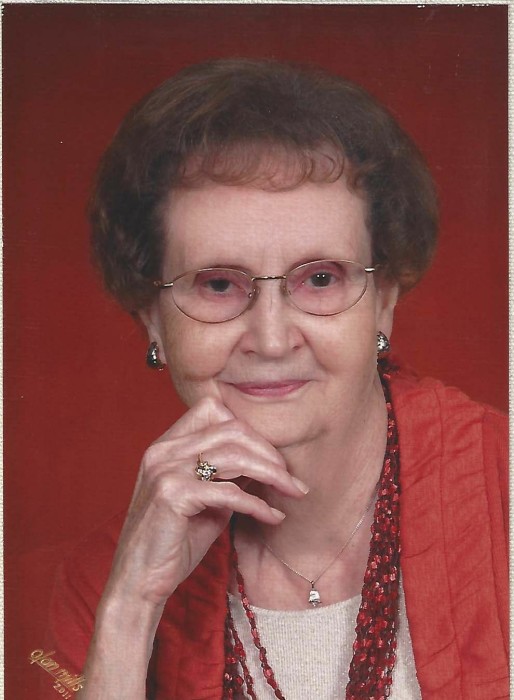 Margaret Louanna (Chambers) White, aged 89, was born on May 19, 1930 in Alliance, Ohio, the second child of Frederic James Chambers, Sr. and Nora Chambers. She passed away Monday, March 30, 2020 at Spring Cypress Assisted Living in Cypress, Texas.

Peggy, as she was known to her friends, was a lifelong member of Damascus Friends Church in Damascus, Ohio. She attended grade school and high school in Damascus. Upon graduation from high school, she attended Houghton College in Houghton, NY and graduated from William Penn University in Oskaloosa, Iowa.  In the interim between the two colleges, she served as children’s librarian at the Carnegie Free Library in Alliance, Ohio.

It was while attending William Penn, Peggy met her lifelong love, Almon White, and after one year, they were married on August 21, 1953. Immediately after their marriage, they moved to Portland, Oregon, where Al attended seminary and she worked as the assistant librarian at the school. From there they moved to Wilmore, KY where she again worked as an assistant librarian at Asbury Theological Seminary while her husband finished his degree. She then returned to college and finished her degree.

Upon graduation, she accepted a position as third grade teacher in Richland, Iowa, where her husband was pastor of the Friends Church. She was the first elementary teacher in that school who had received a college degree. After one year they moved to Wheaton, IL, where she became a first grade teacher in the Wheaton School District. Again Al was in Grad School at Wheaton College.

From there they returned to Damascus and Peggy taught first grade in the West Branch School District and assisted in the management of the Friends Book Store where Al was the manager. Their two children were born while they were living in Damascus. During 1976, Peggy served as the Executive Secretary of the Damascus Historical Society and planning committee for the Bicentennial Celebrations.

In 1977, the family moved to the Houston area. Here Peggy became active in Bible Study Fellowship where she was a leader for a number of years. She was also active in the Leah Circle of Lakewood United Methodist Church. Along with those activities, she again assisted her husband in the management of Mills Bible Store.