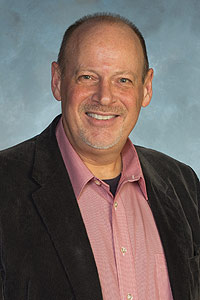 Dr. Stone was a John Wesley Fellow during his doctoral studies at Yale Unversity. His publications have appeared in the Journal of Biblical Literature, the Catholic Biblical Quarterly, the Dictionary of the Old Testament: Historical Books (IVP), and the Dictionary of Major Biblical Interpreters (IVP) as well as contributing to Biblica: The Bible Atlas—A Social and Historical Journey Through the Lands of the Bible. His commentary on the book of Judges in the Cornerstone Commentary series (Tyndale) is scheduled to appear in April 2011.

Dr. Stone joined the Asbury faculty in 1987. He served as a missionary in Kenya before attending Asbury Theological Seminary. He was a translator for the New Living Translation. A frequent presenter in scholarly conferences, his scholarly articles have appeared in the Journal of Biblical Literature, the Catholic Biblical Quarterly, The Dictionary of the Old Testament: Historical Books(IVP), the Dictionary of Major Biblical Interpreters, the New Interpreters Dictionary of the Bible, and Biblica: The Bible Atlas, a Social and Historical Journey Through the Lands of the Bible. His 2012 commentary on the book of Judges in the Cornerstone Biblical Commentary (Tyndale House) addresses pastors, teachers and interested lay readers . He is currently writing a new Joshua volume for the New International Commentary on the Old Testament (Eerdmans) due to appear in 2017. He is also currently writing contributions to forthcoming books on contemporary issues such as sexuality, violence, and the ethics of sport-hunting. Each summer Dr. Stone leads students and friends of the school in discovering the concrete vividness of the Bible’s truth in Israel and Jordan. Dr. Stone has also worked on archaeological excavations in Israel and coordinates Asbury Seminary’s Israel Summer Studies program.

Dr. Stone serves on the founding steering committee of the Joshua-Judges Group of the Society of Biblical Literature.

Dr. Stone is an ordained elder in the South Georgia Conference of the United Methodist Church and served in Kenya as a village high-school teacher, evangelist, and Bible teacher. He is a frequent preacher, teacher and lecturer in churches, camps and conferences.

He and his wife Angie have three adult children.