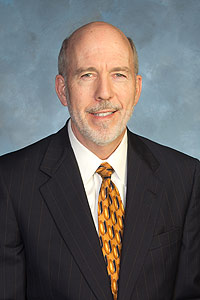 Dr. Stephen L. Martyn is professor of Christian Spirituality at Asbury Theological Seminary. Before coming to Asbury he served for 28 years as a United Methodist pastor.

Dr. Martyn has a passion for reclaiming the ministry of the laity and has spent the last 30 years refining a Spiritual Formation model for laity and clergy. The Servant Leaders Academy, which is heavily steeped in the Wesleyan Class Meeting model, is a two-year process of transforming, training, equipping and commissioning laity for the work of the ministry in their local church and community.

He was the recipient of the New Mexico Annual Conference Evangelism Award in 1992 and was named a John Wesley Fellow and awarded a John Wesley Fellowship by A Foundation for Theological Education in 1985. In 1983, he was the recipient of the Texas Methodist College Association Award for Outstanding Leadership in Church and Community, Seymour District of the United Methodist Church.

He has co-authored a book with Virginia Todd Holeman, Inside the Leader’s Head: Unraveling Personal Obstacles to Ministry (Abingdon Press, 2008).

Dr. Martyn is married to Diane Moore. He has three married children and eight grandchildren.