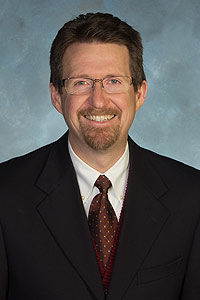 Professor of Counseling and Pastoral Care

Stephen P. Stratton, Ph.D., is Professor of Counseling and Pastoral Care and a licensed psychologist (KY) and counselor educator.  Previous to his full-time appointment at Asbury Theological Seminary in 2006, he served as an adjunct professor at Asbury University, where he was the Director of the Center for Counseling for 18 years.  He is a Health Service Provider/Supervisor for the Kentucky Board of Psychology.

Dr. Stratton holds membership and leadership positions in both counseling and psychology professional guilds, and he regularly presents at the state, national and international conferences of these organizations.  He is currently Vice President for the Kentucky chapter of the Association for Spiritual, Ethical, and Religious Values In Counseling (KY-ASERVIC).  He also serves as an At-large member of the Board for the Christian Association for Psychological Studies (CAPS). He is a trainer and seminar director for the Prepare-Enrich Inventory (Life Innovations, Inc.) since 2010, and he is a trained facilitator of Immunity to Change workshops (Minds at Work, Inc.) since 2013.

Dr. Stratton has provided psychological services to adolescents and adults in hospitals, community mental health agencies, pastoral settings, and college and university centers since 1983.  Dr. Stratton has special interest and training in the areas of human relational attachments, sexual/gender identity, contemplative prayer, and the integration of counseling and orthodox Christianity.

He is part of a research team investigating the experience of sexual minorities at faith-based colleges and universities.  The book based on this research, Listening to Sexual Minorities: A Study of Faith and Sexual Identity on Christian College Campuses was published in 2018.  He is a research affiliate with the Sexual and Gender Identity Institute, where he currently helps to facilitate a longitudinal study investigating the experience of students at Christian colleges and universities across the United States who are navigating faith and gender identity.  He also serves on the Division 36 (Psychology of Religion and Spirituality) LGBTQ Task Force at the American Psychological Association.

In 2017, he received the “Distinguished Member Award” for his teaching, research, and pastoral leadership for CAPS.  In 2012, Dr. Stratton was presented the “Excellence in Teaching and Learning Award” by Asbury Theological Seminary for “consistent excellence in the classroom.”  In 2010, he was named “Psychologist of the Year” by the Kentucky Psychological Association for “his innovative teaching and outstanding scientist-practitioner model[ing]” in the state.

He is married to Carol (Lehikoinen) Stratton, and they enjoy connections with their adult daughter, son and daughter-in-law.  The Strattons are active in relational trainings, experiential worship, and contemplative prayer ministries.  They are leaders in worship and laity training at Nicholasville United Methodist Church.