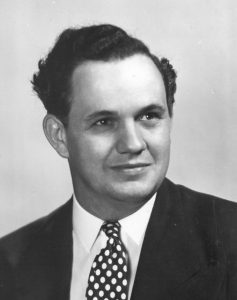 Rev. Lyle S. Bundy, MDiv 1952, 91 of Red Lion, died Saturday, August 26, 2017 at Rest Haven York. He was the husband of the late Iris L. (Barry) Bundy. Rev. Bundy was born on December 17, 1925 in Penfield, Pennsylvania and was a son of the late Hiram H. and Dora (Shoemaker) Bundy. He graduated from Sandy Township High School in DuBois, Pennsylvania and attended Roberts Wesleyan College in Rochester, New York and received his BA degree from Seattle Pacific University and his M.Div. degree from Asbury Theological Seminary in Wilmore, Kentucky with Graduate Studies at the University of Illinois in Champaign Illinois. He was ordained in 1953 as a United Methodist Minister and served as Pastor of the McClure Charge of three UM churches in Snyder County, St. Paul’s United Methodist Church in Williamsport and at Bethany United Methodist Church in Red Lion. Following his retirement, he served Zion United Methodist Church of Freysville. Rev. Bundy also was active with the Central Pennsylvania Conference of the UM Church having served on several committees and as Chair of the York District Committee for over 20 years. He was a member of the Winterstown United Methodist Church, the Red Lion Masonic Lodge #649, the Red Lion Lions Club, and was an avid hunter and fisherman. He leaves a son Earl W. Bundy of Red Lion, two brothers, Emil D. Bundy of Spring Creek, PA, and Hiram H. Bundy, Jr. of Waynesboro, PA; six sisters, Jean Christian, E. Lois Garthwaite and Donna Lou Hallstrom all of DuBois, Dora Mae Dodd of Penfield, Elda Marie Jones of Marietta, and Carolyn Lee Lauer of Lytle, TX. He was predeceased by a son Lyle S. Bundy, Jr.; a sister Cleo Saldutte; and a brother Kenneth A. Bundy. Memorial contributions may be made to a charity of your choice. Condolence may be shared here.

Allan Howell, age 67, resident of Frontenac, Kansas, formerly of Moran, Kansas, passed away Wednesday, Sept. 27, 2017, at Via Christi Hospital, Pittsburg. He was born Oct. 9, 1949, in Iola, Kansas, the son of Haskell and Mildred Horner Howell. Allan attended Elsmore School first through 11th grade. He graduated from Iola High School in 1967. He graduated from Asbury College in Wilmore, Kentucky, in 1971. He also attended Asbury Theological Seminary. Allan married Sandra Sullivan on April 15, 1972, in Anderson County, Kentucky. To this union were born two daughters, Teresa Lois and Alethea Janine. They later divorced. Survivors include his two daughters; two grandsons, Grant and Code Sippel; one brother, Wayne Howell, Topeka, Kansas; three sisters, Ella Britt, Iola, Kan., Hazel Bahner, Topeka, Kansas, and Joyce Martin, Iola, Kansas; and many nieces, nephews, and cousins. He was preceded in death by his parents and a sister, Pauline Mitchell, Iola, Kansas. Memorials are suggested to the Evangelical Covenant Church of Savonburg and may be left in care of the Cheney Witt Bronson Chapel: P.O. Box 93, Bronson, KS 66716. Words of remembrance may be submitted to the online guestbook here. 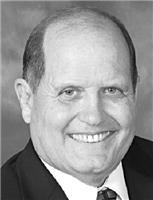 Pastor Roy E. Lowe, Jr., MDiv 1980, age 64, passed away Sunday, August 27, 2017, at his residence in Bradenton. Born December 3, 1952, in Miami, Roy Lowe was a resident of Bradenton for 3 years, moving there after 17 years in Bartow and 10 years in Lakeland. Growing up in the Florida Keys, he graduated from Marathon High School, the University of Florida and Asbury Theological Seminary in Kentucky. He was ordained in the United Methodist Church in 1979 and served for 38 years, ministering at Grace UMC in Venice, Curry Ford UMC in Orlando, Crystal Lake UMC in Lakeland, First UMC in Bartow, and Emmanuel UMC in Bradenton. He also mentored many young pastors through the Board of Ordained Ministry. He is survived by his wife of 35 years, Kayline M. Lowe of Bradenton, son: Brett N. Lowe of Tampa; daughter: Kara L. Wunderlich and husband Dan of Athens, GA; three sisters: Nancy Hutchinson, Hobe Sound, FL; Betty Phelps, Land O’ Lakes, FL; and Toni Clinger and husband Bryon, Venice, FL. In lieu of flowers, memorials may be made to the Gator Wesley Foundation, the Warren Willis U.M. Camp, or to your local church congregation. Condolences to family can be written here. 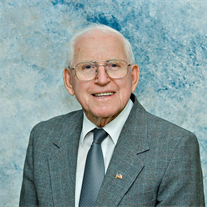 Pastor James Leonard Mason, MDiv 1954, 1st Lt. U.S. Army, loyal and devoted soldier for his God and his country, received a hero’s welcome home to heaven on September 16, 2017. His strong and inspirational presence has been cherished by his family, countless friends, and many more who knew him through stories and wisdom shared. The family’s pain of this loss is eased by knowing he is reunited with so many he has loved who are already in heaven, including his beloved wife Marie and precious daughter Jeannie. James’ children, Jeannie, recently deceased, (David) Potter, Brenda (Charles) Young, J. Leonard (Cathy) Mason, and Dwight (Patty) Mason and their children owe a great debt to God and His people for the many expressions of love and gratitude shared with James that made his life fulfilling and purposeful. “Grandpa” Mason remains a hero of epic proportions to 11 grandchildren and 8 great-grandchildren: Rachel (Young) Carpenter and husband Aron (Maxwell and Riley James), Jennifer Potter, Zachary Young and wife Amanda (Skylar, Maverick, Shaelee, Marie May deceased, Hazel), Sara Potter, Jacob Young and wife Jessica (Eden and Evelyn), Caleb Mason, Melinda (Mason) Ferguson and husband Ray, Sarah Mason (fiance Nate Alderfer), Marshall Mason and wife Michelle, Jonathan Mason, Benjamin Mason. James was born May 1, 1921, in West Decatur, Pennsylvania, to Leroy and Minnie Mason. His parents raised an active and loving family of seven children to be contributing and serving adults. All have preceded James to heaven except his youngest sister, Campsey Richter. James joined the Army in 1938. He was at Pearl Harbor when it was bombed, and as a paratrooper in the 101st Airborne, he personally heard Winston Churchill’s challenge before their jump into Normandy on D-Day. He was wounded in 11 places on June 21, 1944, during the liberation of France at Carentan. Following the war, James committed his life to Christ. In 1950, he married the answer to his prayers, Marie Elizabeth Todd, and they entered the pastoral ministry. James was a graduate of God’s Bible School in Cincinnati, Ohio, and Asbury Theological Seminary in Wilmore, Kentucky. He and Marie served Free Methodist churches in Caldwell, Zanesville, Canton, New Albany, Dalton, Urbana, and Sugarcreek, Ohio. “Pastor Mason” is distinguished by being truly that, a pastor until his last days. Even in his final years, as a resident at Walnut Hills Retirement Community, he continued to minister to and pray with the residents, nurses, staff, and all who came to visit him. The family is especially grateful to the nurses and staff at Walnut Hills and LifeCare Hospice for their faithful care and loving support of Jim. Pastor Jim’s generosity, sacrifice, love, and continual investments in those around him are his legacy to his blessed family and the world. His departure was full of peace and joy. “Precious in the sight of the Lord is the death of his saints.” (Psalm 116:15) Strike up the band! Another soldier has come home! To continue James’ lifelong ministry of helping others, memorial gifts may be sent to ClearBlue Global Water Project, 2717 S. Arlington Road, Suite C, Akron, Ohio 44312, and water wells will be drilled in his memory in needy countries. Please visit the funeral home’s website to share a memory and sign the guest register here. 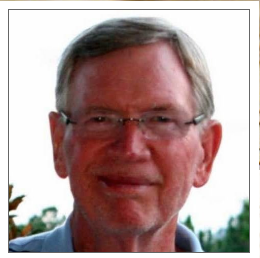 Joe Ben Mooberry, MDiv 1969, was born on November 5, 1941 in Bentonville, Arkansas. He was the second of two sons of Alexander Vantile Mooberry and Mildred May Stedman Mooberry. He departed this life on September 15, 2017, in Violet Hill, Arkansas, at the age of 75 years, 10 months and 10 days. Joe spent most of his childhood years on a farm in Pea Ridge, Arkansas where he spent numerous hours alone entertaining himself while his brother was away fighting as a turret gunner in the Pacific Arena of World War II. Joe then moved to Tulsa, Oklahoma, at the young age of 10. Several years later he met the love of his life, Judith Ann Mooberry, in the youth group at Darlington Avenue Church of God. After several years of acquaintance followed by a “stormy” courtship, Joe finally recognized the jewel before him and they were united in marriage on June 5, 1965 in Tulsa, Oklahoma. Together they raised three children, Jenifer, Philip and Micah. Joe earned a Master of Divinity from Asbury Theological Seminary in 1969 and served as Minister of Evangelism at First United Methodist Church in Tulsa, Oklahoma during the 1970’s. He later went into the private business sector for a short while as a partner in an insurance agency in the 1980s. Ultimately, he returned to the ministry, which was his true passion and calling in life. Joe served as the head of the Bible department at Metro Christian Academy for many years and found ways to not only make a bible class enjoyable, but to influence the lives of his students for Christ. Later, he partnered with Young life and created north Tulsa young life youth ministry. Joe pursued the hearts of kids through his outreach at Gilcrease Middle School where he built relationships and changed the lives of countless students. Joe is survived by his wife of 52 years, Judith Ann Mooberry and their three children, Jenifer Calhoon and husband Ed of Tulsa, Philip Mooberry and wife Molly of Tulsa and Micah Mooberry and wife Rebecca of Apex, North Carolina. They have ten grandchildren: Keats Calhoon, Caleb Calhoon, Gabriel Calhoon, Mackenzie Mooberry, Campbell Mooberry, Isaac Mooberry, Luke Mooberry, Eliana Mooberry, Adalee Mooberry and Vianne Mooberry; one sister-in-law: Debbie Yancey of Violet Hill, Arkansas and many good friends. He was preceded in death by his parents and one brother, Jack Mooberry. In lieu of flowers, memorials may be made to: North Tulsa Young Life, P.O. Box 33176, Tulsa, Ok 71 453-1176.

Rev. James Sun Nam Han, 81, of Monroeville, Pennsylvania, passed away Saturday, September 17, 2016, at his son’s home in Fox Chapel. He leaves his son, Jonathan Kyung Ho Han and daughter-in-law Marilyn Fitzgerald Han; his son, Paul Kyung Joon Han and daughter-in-law Cindy Hsu Han; his wife Sung Ae Park of 10 years; his sister Sun Iee (Han) Rim and her family; his five grandchildren, Alexander Tae Won Han, David Tae Sun Han, Joseph Tae Jin Han, Katharine Tae Eun Han, and Grace Tae Jung Han; and many relatives and friends in the United States and Korea. He was predeceased by his wife of 45 years, Dorothy Sang Ye Kim Han. Rev. Han served the United Methodist Church as a minister in several churches in Ohio throughout his career. During this time he became a well-respected Elder of the East Ohio Conference of the UMC and served on several conference committees, before retiring from the ministry, in 1997. Anyone who met Rev. Han would note that he had a uniquely kind, gentle, and loving nature, humble and ever-smiling. He was known to all as a man of deep faith, with a peaceful and pure spirit. He was a loving, caring husband, father and grandfather, and will be greatly loved and missed. Memorial contributions may be made to the Pittsburgh Korean Assembly of God Church or any United Methodist Church.