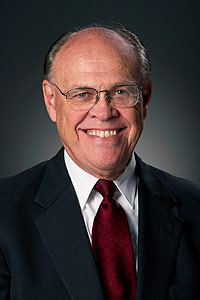 He has also served as research professor of Old Testament at Wesley Biblical Seminary in Jackson, Miss., from 1999 to 2009, was president of Asbury College from 1983 to 1986 and a member of the faculty of Trinity Evangelical Divinity School in Deerfield, Ill., from 1986 to 1989.

He is the author of 11 books, most notable of which is the two-volume commentary on the book of Isaiah in the New International Commentary of the Old Testament. His most recent book is The Holy One of Israel: Studies in the Book of Isaiah, released in 2014. He has also written numerous articles that have appeared in Bible encyclopedias, scholarly journals and popular religious periodicals. Dr. Oswalt is an ordained minister in the United Methodist Church, with membership in the Kentucky Annual Conference. He has served as a part-time pastor in congregations in New England and Kentucky, and is a frequent speaker in conferences, camps and local churches.

Oswalt received a B.A. from Taylor University; a B.D. and Th.M. from Asbury Seminary; and a M.A. and Ph.D. from Brandeis University.

He is married to the former Karen Kennedy, and they have three children and two grandchildren.