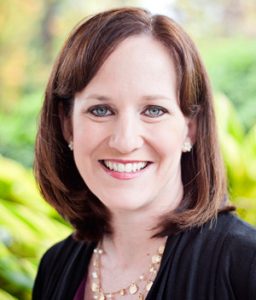 Jessica LaGrone became the Dean of the Chapel at Asbury Theological Seminary in Wilmore, Kentucky in 2014. She is an acclaimed pastor, teacher, speaker, and writer whose engaging communication style endears her to groups throughout the United States. A native of Texas, Jessica is an ordained pastor in the Texas Annual Conference at the United Methodist Church and previously served for nine years at The Woodlands United Methodist Church near Houston, Texas.

Jessica’s books and studies include Namesake: When God Rewrites Your Story; Under Wraps; Broken and Blessed: How God Used One Imperfect Family to Change the World; Set Apart: Holy Habits of Prophets and Kings; and The Miracles of Jesus have been used in personal and group studies around the world. Jessica is a contributor to an all-church Advent study called Under Wraps and is the New Testament video presenter for the Disciple Fast Track series.

Jessica and her husband, Jim, have two young children, Drew and Kate. 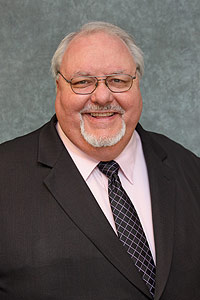 After more than 30 years in pastoral ministry in the Church of God (Anderson) in Pennsylvania, Florida, Indiana, and California, Dr. Frymire was accepted at Fuller Theological Seminary in 2006. He obtained a Ph.D. in Practical Theology with an emphasis in Homiletics in 2010. His dissertation focused on “Creating Interesting Sermons: The Use of Imagination, Creativity, and Novelty in Preaching.” Following graduation, Dr. Frymire spent two years as a Post Doctoral Teaching Fellow at Princeton Theological Seminary where he taught in the areas of Homiletics and Speech Communication.

In addition to being in pastoral ministry, Dr. Frymire served on the Ministries Council of the Church of God, the national leadership board for the church. He served as Secretary, a member of the Executive Committee, Secretary for the General Director Search Committee, and Chair of the Reconciliation Committee.  He has been a featured speaker for numerous events including the North American Convention of the Church of God, Bill and Gloria Gaither’s Family Fest in the Smokies, and was the 2012 Baccalaureate speaker for Princeton Theological Seminary’s graduation exercises.

Dr. Frymire authored his first book in 2006 entitled, “Preaching the Story: How to Communicate God’s Word Through Narrative Sermons” published by Warner Press. He continues to teach these principles in the classroom, through preaching clinics (such as the Joe Engle Preaching Conference at Princeton and the annual North American Preaching Clinic hosted by the Anderson School of Theology), and at ministerial gatherings.

In 2012, upon his appointment to Asbury as Associate Professor of Preaching, Dr. Frymire was asked to direct the Chapel in Orlando. Following two years of directing the weekly chapel experiences, Dr. Frymire was appointed to the position of Dean of the Chapel, a position he currently holds in addition to teaching various preaching, worship, and vocation courses.

He and his wife, Joan (an ordained minister in the Church of God and Asbury Theological Seminary student) have three sons (Doug, Jonathan and Joel), all of whom are active ministers serving Church of God churches in Ohio, Florida, and Illinois. They have seven grandchildren, four boys and three girls.