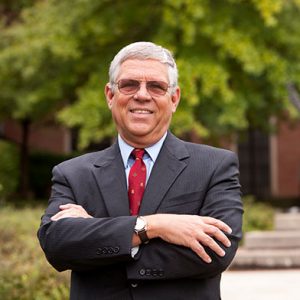 Dr. Ben Witherington III, Jean R. Amos Professor of New Testament for Doctoral Studies, is the co-winner of the Professional and Scholarly Excellence (PROSE) Award in the category of Theology and Religious studies for his book Biblical Theology: The Convergence of the Canon. The PROSE awards, administered by the American Association of Publishers, annually recognize the very best in professional and scholarly publishing by bringing attention to distinguished books, journals and electronic content.

In his book, Dr. Witherington looks at the theology of the Old and New Testament as a totality. Using a constructive approach, Dr. Witherington starts by examining what the writers thought and pre-supposed about God and how they depicted these thoughts in biblical narratives. Using historical context, he also shows how the narratives in the Old and New Testament point to a coherent Biblical worldview that reveals the character and action of God seen through the singular, divine identity of the trinity. Dr. Witherington’s approach allows each part of the biblical canon to be read in its original context and meaning.

Dr. Witherington has written more than 60 books, including commentaries on every book of the New Testament, and has twice won the Christianity Today award for best Biblical Studies book. He has led numerous study tours through the lands of the Bible and is known for bringing the text to life through incisive historical and cultural analysis. He is a John Wesley Fellow for Life, a research fellow at Cambridge University and a member of numerous professional organizations, including the Society of Biblical Literature, Society for the Study of the New Testament and the Institute for Biblical Research. He is also an emeritus professor of New Testament at St. Andrews University, Scotland. He and his wife, Ann, have one son and daughter-in-law, and one grandson, Elliot Arthur Witherington.