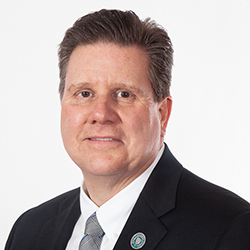 Asbury Seminary is excited to announce the promotion of Jay Mansur from Vice President of Advancement to Executive Vice President of Asbury Theological Seminary and Tammy Hogan’s promotion from Executive Director of Development to Vice President of Advancement, effective Monday, April 11, 2022. Jay Mansur has served the Seminary since 2009 and has led multiple years of breaking all-time records of giving to the Seminary, including overseeing a $100 million campaign that has already exceeded $154 million. Mansur has helped to secure over $40 million in deferred gifts to help the Seminary to continue to build and extend its mission in the next generation. Mansur will work closely with President Tennent and other members of the cabinet, overseeing project management on key strategic areas in the life and mission of the Seminary. Mansur will continue to provide broad oversight to Advancement, but his service will span across the mission of the Seminary. 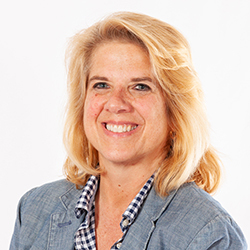 Tammy Hogan has served the Seminary for 19 years in the Advancement area, overseeing the annual fund as well as stewarding hundreds of donors to understand the mission of Asbury Theological Seminary more effectively. She has worked alongside of Mansur in the strategy and execution of the entire comprehensive campaign and is well prepared for her new role.

“I am so delighted to announce these two promotions,” Dr. Timothy C. Tennent, President of Asbury Seminary, said. “Both Jay Mansur and Tammy Hogan have tirelessly served the mission of the Seminary. We could not have achieved the success we have with the comprehensive campaign without their strategic work and their strong relational skills with hundreds of men and women who make up the circle of the larger Asbury Seminary family. I look forward to working with both in the years ahead as we pursue the effective service of the Seminary to the church all across the world. The Seminary is on the cusp of celebrating our centennial and these promotions will best position us for the new challenges and opportunities which await us in the next season.”

Both positions were affirmed by the Board of Trustees.

“Jay Mansur and Tammy Hogan have both led the advancement effort faithfully, including the largest campaign in our history,” Karen Thomas, Chair of the Board of Trustees, said. “The President has developed a deep trust with them both which will continue to serve the Seminary as it moves into its second century of theological education.”