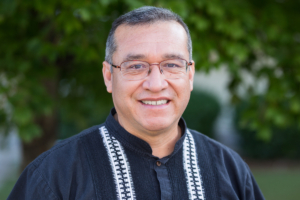 Asbury Theological Seminary is pleased to announce the appointment of Rev. Enrique Hernandez-Vigil as the new Associate Director of Recruitment and Student Success for the Asbury Latino Center. Prior to coming to Asbury Seminary, Rev. Hernandez-Vigil served as a missionary to Turkey and along with his family, worked as a speaker and missions mobilizer in Mexico.

“We are delighted at this opportunity to extend theological education to one of the fastest growing, yet underserved, segments of the church,” Dr. Timothy C. Tennent, President of Asbury Seminary, said. “We look forward to forming new partnerships which will enable us to multiply our efforts in substantial ways.”

In his new role, Rev. Hernandez-Vigil will recruit new Hispanic/Latino/Latina students, helping them to move from inquiry to matriculation. He will also work to cultivate their retention and help them succeed within the bilingual programs offered by the Asbury Latino Center. The Asbury Latino Center offers a variety of programs, including the bilingual Master of Arts in Ministry, the Latino/a Studies Program, a graduate certificate in Hispanic Ministry Formation, and the Excellence in Preaching Initiative.

“I am excited to think how the Latino Ministry Formation Program at the bachelor level will enhance the quality of ministry among the Hispanic population as more people will hear the gospel and come to Jesus,” Rev. Hernandez-Vigil said. “The Master of Art in Ministry with an emphasis in Leadership will allow our graduates to move to a new level and will better prepare bilingual pastors, missionaries and evangelists to produce a great harvest in a growing Hispanic community that includes first, second, third and even fourth generation Latinos all over this nation and in all Latino American countries.”

Rev. Hernandez-Vigil grew up in Mexico City and first heard about Jesus at age 16. After meeting him, his life was transformed. That same year, he received a call from the Lord to pray for Turkey and later served as an ESL teacher to Muslims in Turkey and several other Western European countries. After returning to Mexico, he served as missions adviser to the Methodist Bishop and helped in the adoption of the Pame del Norte ethnic group that planted four indigenous churches. He and his family also worked as missionaries within the Hispanic community in middle Tennessee. For the past seven years, he has pastored English speaking churches in both Kentucky and Tennessee.

He received a bachelor’s in theology from Seminario Metodista Juan Wesley and an M.A. in Missions from the Briercrest Seminary Secunderrabad Campus in India. He and his wife have two daughters and a son-in-law.

“We are delighted to have Enrique join us as part of the Asbury Seminary Community,” Dr. Danny Román-Gloró, Director of the Asbury Latino Center, said. “We are grateful for his heart for missions and the experience he brings to equip students to spread the gospel around the world.”

Join us in welcoming him to the Seminary Community!