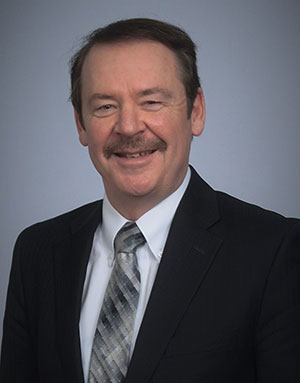 WILMORE, KY—Dr. Doug Matthews will transition from his role as Provost and Vice President of Academic Affairs, where he has served for the past nine years, to devote more time to his research and writing interests and serving on the faculty at Asbury Seminary. His transition officially takes effect on June 1, 2021. The Seminary plans to celebrate Dr. Matthews and his accomplishments at the fall Board of Trustees-Faculty Dinner.

“It has been a privilege to work with Doug for almost a decade,” Dr. Timothy C. Tennent, President of Asbury Seminary, said. “Doug has blessed the Seminary with a Spirit-led presence, while modeling relational teamwork. I am personally grateful to him for his leadership and friendship and am delighted to continue to serve alongside him in his role on the faculty.”

Dr. Matthews has served the Seminary since 2012, assisting the Seminary in the ten-year re-accreditation process with both the Southern Association of Colleges and Schools Commission on Colleges (SACSCOC) and the Commission on Accrediting of the Association of Theological Schools. Under his leadership the Beeson School of Practical Theology was formed, and several new degree programs were added, including the Master of Arts in Leadership, Master of Theology (Th.M.) [Theological Studies], and the Master of Arts in Ministry, including the bilingual MAM. The Master of Arts in Mental Health Counseling became CACREP accredited.

Dr. Matthews played a vital role in building a stronger, economically viable, collaborative academic environment among the faculty, encouraged scholarship and publication, and built stronger relationships between the academic area and the rest of the institution. He championed Advanced Standing, which allows students who graduated with a bachelor’s degree from an accredited U.S. or Canadian institution to receive advanced standing credit toward a master’s degree. Doug also focused his attention on student experience and retention. In collaboration with the Enrollment Management Team, enrollment has grown steadily from 2014 to the present with the Seminary celebrating seven years of record-breaking enrollment in Fall 2020. Last year, the Seminary not only increased its new enrollment for the seventh straight year, but also surpassed the previous enrollment record of 1,741 total students in 2004.

Dr. Matthews not only championed scholarship and publication in others, but also maintained a commitment to writing himself. He authored A Theology of Cross and Kingdom: Theologia Crusis after the Reformation, Modernity, and Ultramodern Tribalistic Syncretism in 2019. He is currently working on other book projects.

“God is faithful during times of transition, and in Scripture times of transition are opportunities for kingdom advance,” Dr. Matthews said. “Do pray with me toward that end. The longer I have been in this position, the more it has become clear that the priceless treasure of serving as Provost is the teamwork, team members, team and kingdom wins, and above all the priceless lifelong and eternal relationships forged during these most transformational, blessed, and memorable years for Asbury Seminary.”

Dr. Matthews has dedicated over two decades of his life as a classroom professor and earned 14 teaching awards. His areas of expertise include theology and culture, systematic theology, theological apologetics and ethics, and eschatology and holiness. He has nearly 30 years of experience in Christian higher education with experience in a wide range of areas, including student development, residence life, accreditation, strategic planning, financial aid, multi-cultural affairs, radio ministry, enrollment, academic records and registration, chaplaincy, all areas of seminary academic affairs, traditional and non-traditional graduate education models.

He has a vibrant love for the local church, having served for several years in various positions, including the Southern Illinois Conference of the United Methodist Church. He was a licensed worker in the Christian and Missionary Alliance in Texas and Georgia, an ordained elder in the Church of the Nazarene, and he is currently on educational assignment as an ordained elder in the Free Methodist Church.

He is a seasoned administrator of higher education, serving as the Assistant to the Vice President and, later, on the President’s Cabinet as Vice President of Enrollment and Student Development at Mount Vernon Nazarene University, a school of nearly 2,600 students, about half of whom are in graduate and professional studies (which includes the Master of Ministry and Master of Divinity Degrees).

To assist with this transition, Dr. Gregg Okesson, Dean of the E. Stanley Jones School or World Mission and Evangelism, has agreed to serve as interim Provost and Vice President of Academic Affairs. Read about Dr. Okesson’s transition in this release.

Join us in prayer for Dr. Matthews and his family as he transitions to a one year faculty teaching role, and for the transitions within the Seminary.