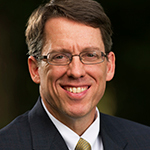 Each of us, no matter where we now see ourselves on our Christian journey, began our life of faith by exploring the many facets of Christian tradition. This served as a foundation for the steps we would take next—educating us on the basic principles of what it means to be a Christian and preparing us for what was to come as we grew in our faith. Today, it’s easy to see that Western culture is approaching, if it hasn’t already arrived at, a post-Christian worldview. Even those raised in Christian homes are becoming disillusioned with the Church as they enter adulthood, and more and more individuals in our modern society are rejecting Christianity and God altogether.

Timothy Tennent’s Foundations of the Christian Faith aims to bring intentionality back to the process of passing on our faith to those who come after us. Traditionally referred to as “catechesis,” or the process of passing down the pillars of Christianity from a seasoned believer to a new believer, Tennent’s collection of key doctrines, moral norms, and practices serves as a rebirth of the ritual. By including teachings on doctrinal statements like the Apostles Creed, the Lord’s Prayer, and the Ten Commandments, plus other key teachings on everything from holiness and the sacraments to the theology of the body, Tennent creates a collection that’s accessible from the dinner table to the pulpit.

Broken up into three sections—doctrine, ethics, and ordinances—Foundations of the Christian Faith brings readers back to the heart of what it means to call ourselves Christians. Relevant Scripture references, original hymns, and additional notes highlight key concepts throughout, drawing readers back into the tradition of passing on the faith to those around them. As the culture continues to shift in a post-Christian direction, a return to catechesis as it was once practiced is more vital than ever. Foundations of the Christian Faith will serve as an invaluable resource for those charged with passing on the faith and making new disciples.

“As Christians, we must recognize that the Western world is entering a post-Christian phase that requires a far more deliberate effort to pass down the faith in an intentional way to our children and, indeed, for all of us to understand the basic framework of Christian thought better. In short, we need a rebirth of catechesis.”